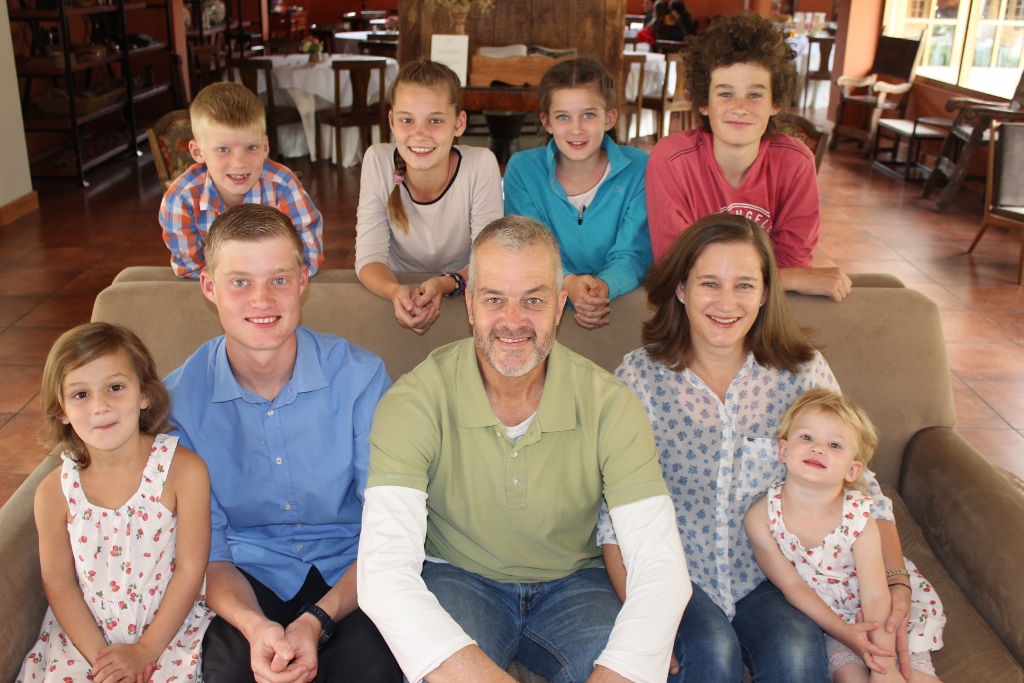 3 Visits in 3 Months from Back Home

So far this year we have had 3 lots of visitors from Australia.  With this we have been blessed.

Mum and Dad from Perth

Firstly we had the lovely honour of Sandi’s parents visiting us for the month of February and into early March.  They came to experience our everyday life and join us in serving here in Curahuasi.  And we think they did! J

The day before Mum and Dad arrived we made a spontaneous pet baby Alpaca purchase.  We bought “Milkshake” from a Quechua lady that we spotted in a Cusco main square (Plaza de Armas).  She was using him to make money from tourists posing for photos in traditional Quechua dress.  It was the cutest, soft and big brown eyed pet you could imagine. So we had the fun of surprising Mum and Dad at the airport with all of us and our new pet Milkshake.  It made for a fun 2.5 hour mountainous drive home.
A Rescue Mission

On their second night here, we were grateful for our parent’s help, as Dad accompanied Chris on a late night “rescue Sam” mission.  As it happened, on Sunday afternoon Sam went on a late afternoon road cycle up to the nearly 4,000m ASL peak near our house. The mountain night crept in and weather changed sooner than he expected.  It got dark, started to rain and the temperature dropped whilst thick cloud descended on the mountain.  Total blackness engulfed him.

Sam then suffered exposure problems with the cold such that his fingers could not use the brakes to remount his bike and ride down the mountain.  The few cars that came past him in the following hour did not stop as Sam tried to hail them from the middle of the road.  In fact he had to jump over the steep bank to avoid being hit!  By this time his body was shaking and he was afraid for his life.  He approached some houses and yelled for help but no one opened their doors (it’s normal in the Andes culture not to stop the car for anyone or let anyone in the house out of fear).  Finally a man did open their door, resisting the ladies in the house who were trying to shut it closed again!  As the man recognised Sam as a white “gringo” from Diospi Suyana where he had himself once been given help as a patient.

The family nursed Sam in their humble cottage with hot tea and blankets.  After about an hour, Sam had recovered sufficiently and his fingers thawed out enough to access his smartphone and have their teenage son find Chris’ number.   This call was an answer to prayer as we did not know where Sam was along the 32km stretch of road!  Chris and Dad then set off on the rescue mission.  All ended well and we know without prayer, it could have ended so much worse!  And Sam no longer embarks on such rides in the afternoon! J
Kids Club Outreach

Mum and Dad jumped (or were put J) right into action.  We spent the afternoons of their first week here working at a children’s holiday outreach program.  Dad picked up some Spanish words and was able to help with kids craft groups and Mum was fantastic as a bible verse lesson assistant leader.  The kids and I were there helping too!  It was exciting to see many children accept Jesus into their hearts at the end of the week.
18 February was Sam’s birthday.  As a sign of respect to Sam our housekeeper, Rosita, cooked Sam a special Peruvian lunch. We had fun as she taught Dad some Spanish words and he taught her some Aussie lingo.

A Visit to Cusco

The third week of their visit we spent in Cusco. Chris had to work but he drove us to Cusco and returned to Curahuasi the next day. It was God’s perfect timing that we were away this week.  Chris returned home early in the morning to find an excavator digging up our driveway (without notice) as they were installing new water pipes.  So our 200m long driveway was impassable by car for the indefinite future.  But at least because we had gone to Cusco our car was on the road end of our driveway and not in our garage!  And it was still the wet season meaning Chris spent the week traipsing through mud to get to our house with no water! J.

The wet season also causes many landslides along the main Panamericana Highway because of steep unsupported excavations, with no exception being the section between Curahuasi and Cusco.  Here is a rock that came down on this piece of road during Mum & Dad’s visit that we frequently travel (but fortunately we were not at that moment in time!).

While in Cusco we house-sat for friends and spent some lovely days together.  On one day Sam was tour guide for Mum and Dad visiting Machu Picchu.
When Chris came to pick us up, we visited a Perú native animal sanctuary near Cusco.  We saw the pumas, bears, monkeys, wildcats, condors and more animals indigenous to the region.
When we arrived back in Curahuasi we found our driveway had turned into a very long mud puddle.  The boys/men carried the suitcases on their heads up to the house and we had a lovely week at home, trapped there by mud!  We were able to park on the main highway and walk to the house, but couldn’t drive in for the next 4 weeks.  A wheel barrow was great for transporting shopping!  But we were grateful for the pipe work to improve our water availability (albeit later we found out our sacrifices were not for our water/house at all but for our neighbours! J )

Grandma and Pa also drove with Chris and Sam to nearby Abancay to see Sam race on his road bike.  Although when passing through the treacherous Abancay streets, Chris swerves to avoid a semi-trailer on a narrow road and then BANG!  The front passenger side wheel falls into one of the many drains that are missing covers on the side of the road.  But there is no roadside service in these parts of Peru, and not even any tow trucks.  So a group of men came to our rescue, to lift the car up a bit at a time until I had slid enough large rocks under the wheel in the drain so we could simply drive away.

We made sure they had many local experiences whilst they were here.  We ate local food, much Peruvian chocolate, tried the famous Inca Kola and of course Cuy (roasted Guinea pig).  We visited the thermal springs and our local (very cold) swimming pool.  They toured the hospital and school.  Mum and Dad bought us a cricket set, and we have had fun teaching German friends how to play this beloved game of ours.
On 1 March the kids started back at school.  Mum and Dad were here for their first day. Solomon is trying again this year.  I think he will cope well.

We loved having them visit. It was a special time and we made many Peru memories together.

Bill and Carolyn from PHCS

From 16 to 19 April, we had two teachers from Pacific Hills Christian School in Sydney visit Curahuasi. Pacific Hills, and in particular principal Dr Boyce, have been a faithful blessing to the Diospi Suyana School.  Bill and Carolyn came to spend time with the Diospi school teachers, sharing with them about integrating God into school life. They had numerous sessions speaking to students also.  The kids loved hearing Bills testimony about his Dad growing up in impoverished Greece, and were encouraged in the importance of pursuing an education for the good of their families as well as their own futures.

We shared some lovely time with them here in our farmhouse too. Our kids, Chris and I were very blessed by their friendship and encouragement. Also by the suitcase of Australian treats, school books and of course the kangaroo and koala costume they brought with them!

Friends Henri and Halyn and their youngest son Benji then arrived in quick succession days later.  (As background: Chris and Jake initially embarked on our first and life changing short term mission trip to Cambodia with Henri and his son Sam in Easter of 2014.  This was run by Pacific Hills Christian School for year 9 students, hosted by Samaritan’s Purse in Cambodia).

We were blessed to enjoy some more Aussie / NZ company as we showed them around Diospi Suyana and Curahuasi.  Benji was brave and spent a day at school with Sarah’s class. We had some great fellowship catching up on our respective lives since we left Australia.  They have big mission hearts and took opportunity to bless and invest in people here in Curahuasi.

In the middle of their stay, they took time out to do Machu Picchu (as most do for obvious reasons).

Henri also cooked up some Thai food in our kitchen when we mentioned it is not found in Peru outside of Lima and one of the things we missed about Australia.  This was after we climbed the 1km high “hill” behind our house with 5 of our kids.  And together replaced the rope on the tree swing in our front yard which our younger kids have appreciated ever since.

Almost as quickly as they arrived, they were off again on the second part of their journey.

Sandi & Chris
Posted by Chris Welch at 21:33 No comments: